The US stock market has enjoyed an incredible rally in the year-to-date, surging back from the precipitous decline this time a year ago. Now, the end of the decade is in sight and the S&P 500 is in position to post one of its best performances in years. Standing in its way, however, is a month that typically experiences higher than average volatility and lower than average volume. Further still, the days ahead contain a key trade war deadline that possesses serious potential to spark a market reaction. 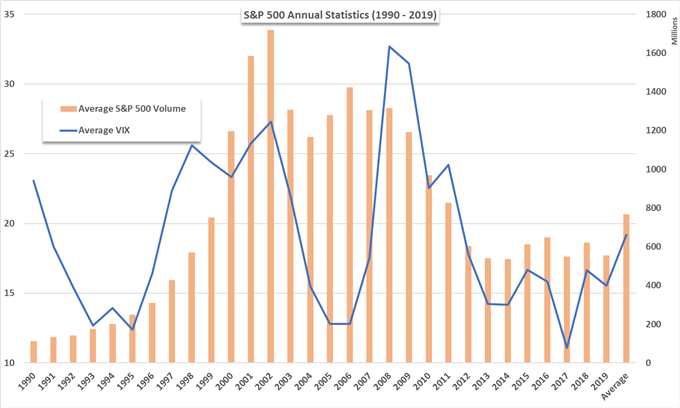 With that in mind, it could be argued the market’s rally is at risk of derailing. Already, December has seen an uptick in volatility with the VIX spiking to its highest level since mid-October as trade war fears simmer. If US and Chinese negotiators fail to reach an agreement ahead of the December 15 deadline, the United States will ratchet up the pressure once more and raise tariffs on China – likely sparking an adverse reaction in equity markets. 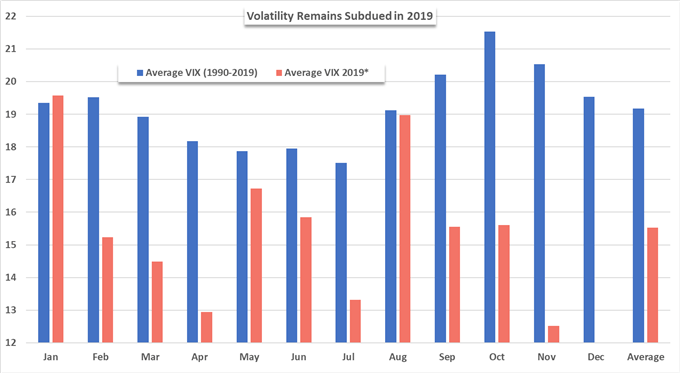 Although the risk has been known to traders for months, the incessant optimism offered by various Trump administration officials may have ushered in a mood of complacency, evidenced by weeks of a remarkably depressed VIX. Thus, a seemingly complacent trader and lower volume due to seasonality could work in tandem to really undercut risk appetite. 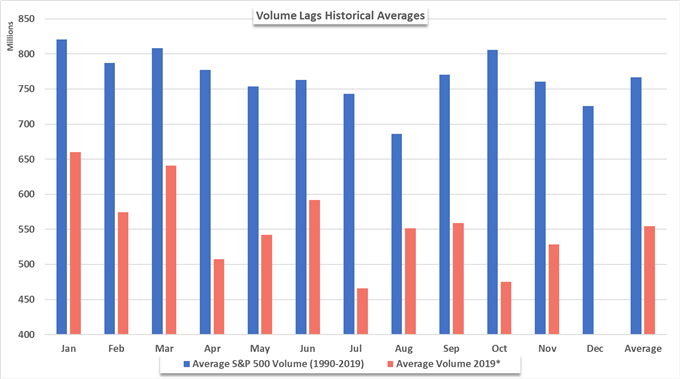 Nonetheless, the same potential has been present for months and has been met only with further equity gains. Therefore, it cannot be understated how much the Dow Jones, S&P 500 and Nasdaq will look to upcoming trade war headlines for influence. In pursuit of a continuation higher, it may be best if fundamental developments occur at the beginning of the month, before traders leave their desks for the holidays and volume dries up – a landscape that can exacerbate large moves. While the market awaits a monumental decision from the United States and China, follow @PeterHanksFX on Twitter for further equity updates and analysis.